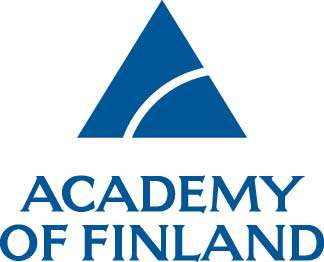 This research project studied the developments in rural Tanzania since the villagization process, which was implemented in the 1960’s upto 1980’s. At the time of the villagization process The Academy of Finland financed a research programme to study this change in particular from cultural point of view. As part of this programme, the changes in the settlement structure in the study area in western Bagamoyo district were mapped and analysed. This subsequent research project was carried out in the same area and primarily in the same villages. The overall objective was to study changes, caused by national policy shifts, in the villages in regard to sustainable land use and sustainable livelihoods. In particular, the focus was on changes in the settlement pattern, environment and land use, village economy and food security, local resource management and rural-urban dynamics. In the research, multiple research tools and methods such as survey, structural interviews, RRA, participatory observation and geographical information systems (GIS) were applied.

The project focused on the following:

1. Changes in the settlements since the villagization

This section examined how the development objects of the ujamaa policy were attained and what effects of the period are still seen in the villages.

2. Changes in the environment and land use since 1966

The section explored how village communities and individual farmers have responded to changing pressures on land and environment caused by government policy changes.

3. Changes and development of economy and food security in the research villages

The section dealth with food security and the factors related to it such as changes in economic structures, livelihoods, income sources and food provision.

The section studied the implementation and impact of the new land and forest legislation in the villages.

5. The effect of rural urban dynamics in the research villages

The section focused on the economic and human interaction between the villages and Dar es Salaam city.

During the period under study, Tanzania had shifted from centrally planned economy to market economy. The research studied how deeply and to what extent this kind of change, and the associated changes in legislation, touch the rural inhabitants. The  aspects of equality, poverty, good governance and development of democracy were especially looked into.

The research provided understanding of relations between processes in rural development. By studying the change in rural area from socialism to liberalism and its impacts on people’ livelihoods, especially from the point of view of equal opportunity in resource use, it showed how deep do the national and global policy changes penetrate into rural communities, and what are their consequences. These findings are useful in planning legislation and policies as well as development interventions.

The research was conducted in eastern Tanzania in the Bagamoyo and Handeni Districts, which border each other. The research area is located about 120 kilometres inland from the coast and 150 kilometres from Dar es Salaam. The area belongs to the Tanzanian coastal plain, which has an elevation of some 200 to 300 meters. The terrain is typically gently undulating with occasional inselberg type hills. It is dissected by river valleys, largest of which is the Wami river. The population in the areas consists mainly of the Zigua, Doe and Kwere sedentary farming groups and the semi-pastoral Parakuyo-Maasai.

The bimodal rains vary from 600 mm to 1000 mm per annum. The probability for a 1000 mm annual rainfall is only 25 %, and even for 700 mm only 68 %. Agriculture is small scale with farms commonly varying from 1 to 3 hectares. In addition to subsistence farming, there is small scale cultivation of cash crops such as cotton, sesame, castor oil and tobacco. The pastoralists herd their cattle primarily in the miombo woodland areas in the west. Many Parakuyo-Maasai have also taken up cultivation of maize or millet, which are the main staple foods in the area.

The area is hinterland of the Dar es Salaam region, which is a fast growing concentration of population and economic activity consisting of commerce, industry and intensive agriculture. Dar es Salaam as such, and the opportunities it offers, attracts especially the young people and may drain the research area of a vital part of its labour force. Apart from cultivation and cattle keeping, there are few opportunities for livelihood in the research area. The large miombo woodlands offer opportunities for making charcoal, which is mainly marketed to Dar es Salaam. Miombo woodlands are largely uninhabited due to the tsetse fly infestation, which also limits its use as pasture.